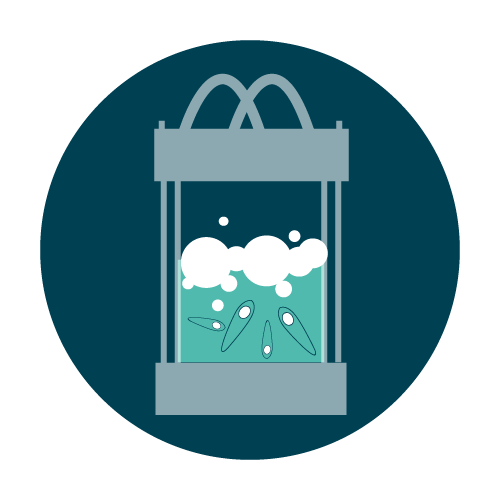 How are recombinant proteins commonly expressed?

Commercial recombinant protein production is typically performed using just a handful of expression hosts. These comprise various species of E. coli and Bacillus, yeasts such as S. cerevisiae, insect cells including Sf9, and mammalian systems such as Chinese Hamster Ovary (CHO) cells and Human Embryonic Kidney (HEK) cells. By introducing a protein-encoding gene into the host cell line using a suitable vector, the target of interest can be expressed in vitro before being extracted and purified.

What are the limitations of established recombinant protein expression systems?

A drawback of using E. coli for recombinant protein expression is that these Gram-negative bacteria produce harmful lipopolysaccharide (LPS) endotoxins at the cell surface, which must be removed from the protein product to avoid compromising experimental results. E. coli can also reject expression of certain recombinant genes, especially if the encoded protein impedes bacterial growth or survival. Yeasts do not generate LPS, yet they have a slower growth rate than E. coli and are prone to causing hyperglycosylation. Protein expression in insect and mammalian systems is both complex and time-consuming due to demanding culture conditions, which can incur extra costs.

What are the advantages of using clostridia for recombinant protein expression?

Like E. coli, clostridia benefit from a fast doubling time and simple growth media requirements that make culture straightforward. However, a main advantage of using clostridium for recombinant protein expression is that it is Gram positive, meaning it does not produce endotoxins. This eliminates the need for an endotoxin removal step, equating to fewer losses in protein product and higher final yields. Additionally, clostridium has evolved a secretion mechanism that allows it to release recombinant proteins directly into the fermentation media, enabling production of proteins that may otherwise be toxic to the expression host.

We developed CLEAVE™ to overcome some of the inherent challenges faced when working with clostridia and increase their accessibility as an expression host. Our patented technology exploits the CRISPR-Cas system (an adaptive bacterial and archaeal defense mechanism that functions by cleaving foreign DNA) to create precise modifications in the clostridial genome and fast-track recombinant strain generation. Furthermore, by directing protein secretion, CLEAVE™ facilitates the generation of products that were previously impossible to express in E. coli due to toxicity effects.

Critically, our approach avoids the need to use E. coli for generating expression constructs, instead allowing all cloning to be performed directly in the clostridial host. Now, only the capabilities of clostridia govern target selection and the choice of expression cassettes, opening up a wealth of possibilities.

Which clostridium-expressed recombinant proteins are available?

At biocleave, we identify protein targets that are inaccessible using conventional methods and produce them in a highly pure, active form using our clostridial host. Earlier this year, we launched our first research use only (RUO) protein, the Tetanus Toxin Light Chain, which is essential for characterising how the tetanus toxin works. Our clostridial pipeline also includes poly ADP-ribose polymerases (PARPs), neurite growth inhibitors, signalling peptides, and bacterial toxoids, as well as several terpene synthase enzymes that have long required a more sustainable alternative to current methods of production. 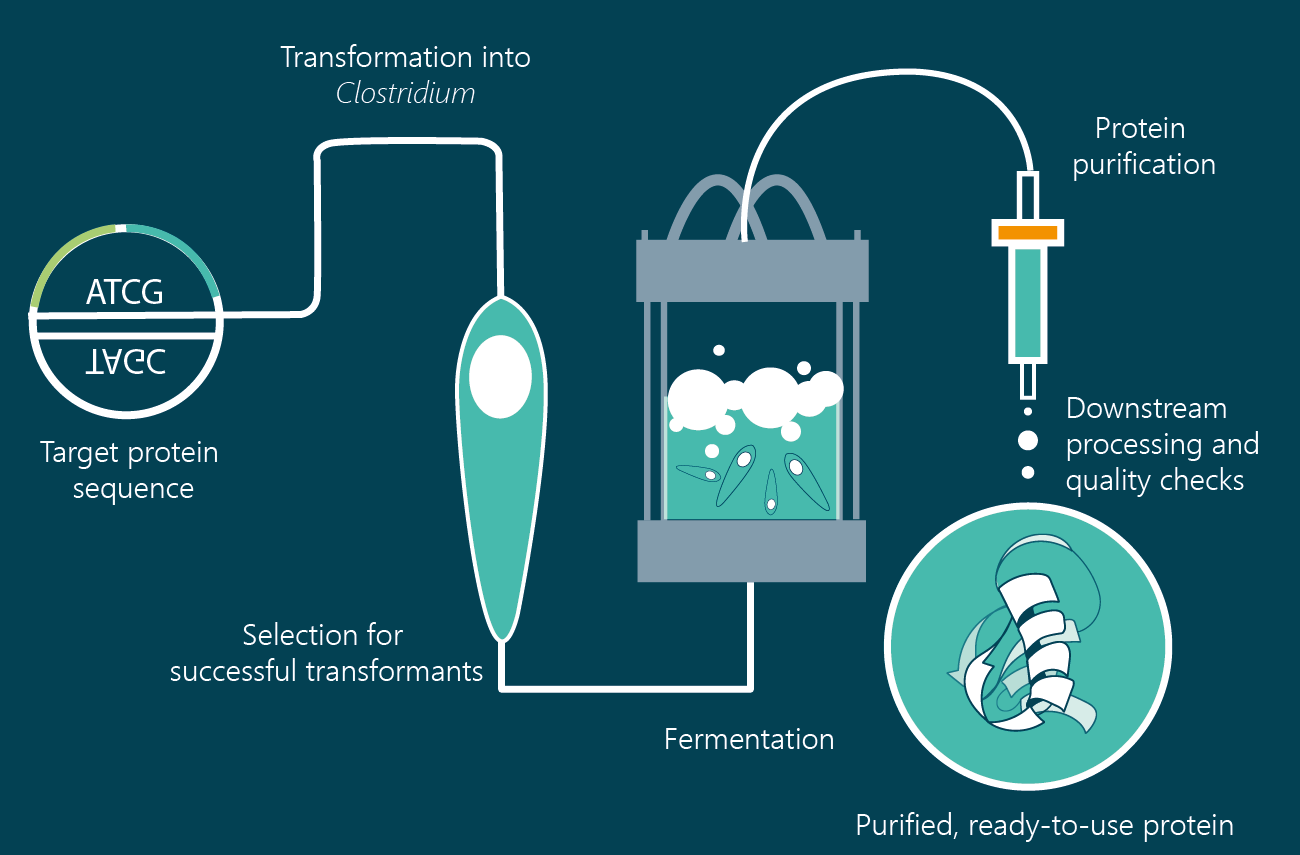 To learn more about how our clostridium-based protein expression platform could benefit your research, contact us today!

This website uses cookies to improve your experience while you navigate through the website. Out of these cookies, the cookies that are categorized as necessary are stored on your browser as they are essential for the working of basic functionalities of the website. We also use third-party cookies that help us analyze and understand how you use this website. These cookies will be stored in your browser only with your consent. You also have the option to opt-out of these cookies. But opting out of some of these cookies may have an effect on your browsing experience.
Necessary Always Enabled
Necessary cookies are absolutely essential for the website to function properly. This category only includes cookies that ensures basic functionalities and security features of the website. These cookies do not store any personal information.
Non-necessary
Any cookies that may not be particularly necessary for the website to function and is used specifically to collect user personal data via analytics, ads, other embedded contents are termed as non-necessary cookies. It is mandatory to procure user consent prior to running these cookies on your website.
SAVE & ACCEPT